While it’s well understood that labour can account for approximately 30 percent of operational expenditures within a greenhouse, it’s surprising how many do not utilize software solutions specifically designed to help optimize this element of the business. Spreadsheets, or even pen and paper are often employed as quick and dirty substitutes for purpose-built applications… which is puzzling considering the obvious dramatic effect labour has on the bottom line.

At Priva of course, we’ve developed the popular FS Performance product to address this concern; however, as we move into an uncertain labour future, what emerging technologies might we employ to get an even better handle on this key component of the horticulture industry? To gain some insight, we sat down with one of our Innovation Lab’s Data Scientists, Felipe Schadeck.

Phil: So Felipe, can you outline the nature of the problem that confronts us with regard to greenhouse labour requirements, specific to forecasting and optimization? 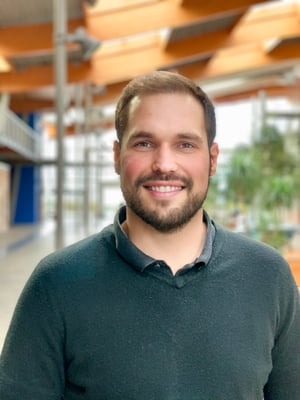 Felipe: Sure. Basically, as with other industries, you need to have clarity on what’s going to happen in the future. Growers need to decide when, how and where do to every part of their operations: planting, spraying, harvesting, and so on. But in horticulture, the dimensions are much broader because we are talking about a biologically related problem.You have to deal with the variation of plants and their environment, so this chain of relationships, that are not normally seen in an industrial environment such as a car factory, is not the same in an horticultural business. As a result, making decisions is a difficult task for a grower, and this also relates to management commitments surrounding labour. So the challenge is: how can we, with the use of the available data and artificial intelligence, help inform those decisions for such an important aspect as labour.

Phil: Ok, so talking about the future, how is labour forecasting actually done at present?

Felipe: Well, most companies don’t do it in a structured manner, to be honest. But as a result, it’s kind of like the difference between having a credit or a debit card. So when you have an unexpected expense for example, you might use a credit card to address it... which can of course lead to interest charges. Whereas if you've planned for these expenses in advance, you can just take the funds directly out of your bank account — with no added fees.

So what happens is, in most cases growers are hiring people as soon as they need them. When you do this however, like with a credit card, you often end up spending more than you should. You have no real control over knowing how much will be needed, and in the end, you just pay the bill.

Of course, some of our clients at Priva already understand the need for change and use FS Performance. That platform grew as a result of the need to give clarity on metrics associated with labour use — determining the productivity and quality of labour — while delivering KPIs to show what’s been happening so far. So FSP is great at optimizing labour in the present by analyzing the past, but does not look into the future… at least not yet.

If you see how growers and labour managers attempt to predict the future today, they basically try to replicate the past with their own calculations. So they say, “Let me see how much I spent on this same crop last time, and let me replicate that this time" while attempting to make adjustments by taking into account all the variables which might possibly influence production.

Phil: So it’s a guesstimate then.

Felipe: Yes, they are guesstimates, and some growers and labour managers are good guesstimators, but it’s impossible for them to take all aspects into account, because we as humans have our own limitations perceiving everything that’s going on. There are so many variables in a greenhouse that influence the cost of labour that the human brain just isn’t equipped to take everything into account. Clearly these factors are going to make my tomato crops grow more or less, and so have a direct impact on labour.

Phil: So how can we address this problem with a superior approach to the guesstimation method?

Felipe: First, it’s through the use of machine learning methods. So what is machine learning? Machine learning tries to replicate how a problem can be described through mathematics. So you can think of machine learning as basically creating formulas that are able to express a desired output or value of something. This can be seen as “is this your face or not?” in a facial recognition system where the output can be true or false when you’re trying to unlock your mobile phone, but in the case of labour, it’s more like “will I need 100 hours of labour for harvesting or will I need 200?”

Phil: Ok, but what advantages does AI afford over the traditional method of doing this?

Felipe: I would say, reliability. By using advanced methods such as neural networks — one of the breakthroughs in artificial intelligence used for self-driving cars, face detection and so on —  you are able to deal with very highly complex data relationships like those found in biological systems, and therefore get much better accuracy — which ultimately makes your solution much more reliable.

Phil: So how do you see this impacting the greenhouse’s bottom line?

Felipe: Well this is a tricky question, but when you see that labour represents 30% of the cost of running a greenhouse, it’s substantial. It’s not just the labour cost itself, but there are many researchers who point out how the quality of labour affects the final quality of the product. So you can think of labour as not only representing 30%, but it probably being much more impactful on the overall profitability of the greenhouse. If you handle this component skillfully, your chances for success become much higher.

Phil: So if you’re looking at such a large portion of greenhouse  profitability being related to labour, obviously if you get those aspects wrong,  then you’re in trouble, and it’s going to have a dramatic effect.

Felipe: That’s why we are applying science to it, because we will never go to our clients with an unstable and unreliable solution. We want to have proper methods which assure that when we put this into the market, the advice it provides is trustworthy and is going to be good for the grower or labour manager. That’s the partnership that forms the base of what we are doing here at Priva.

We’d like to extend our thanks to Felipe for taking the time to provide some clarity on the present state-of-play, and teasers on where we might find ourselves with regard to labour forecasting in the near future. If you’re a grower and would like to stay up-to-date with what else may be on the horizon from Priva, why not join  Priva’s Horticulture Innovation Lab’s new Friends of Phil Facebook group!

Are you our next beta client?

See our products in action!

Priva is proud to introduce you to Phil. Phil combines Priva’s 60 years of experience, the world’s largest greenhouse client base and the potential of data-driven services with a science and AI core.